Sunni was bred by our wonderful friend Dawn Hitchcock.  We feel very lucky to have Sunni join our family.

Sunni finished her Grand Championship in September, 2019 at 2 years old in 5 straight shows.  In the process, she received an Owner Handler Group 1 and 3!  Nice job!

Sunni obtained her championship July 25, 2019 and then went Select Bitch for her first time as a special at the Piedmont Bernese Mountain Dog Club Regional Specialty the next day.  Thanks to Dawn Hitchcock for your mentorship and letting Sunni come to live with us.  Also thanks to Linda Whitney for her handling skills and making Sunni shine in the ring!

Sunni winning another major at the Louisville shows in March 2019, being shown by Sherri Alligood 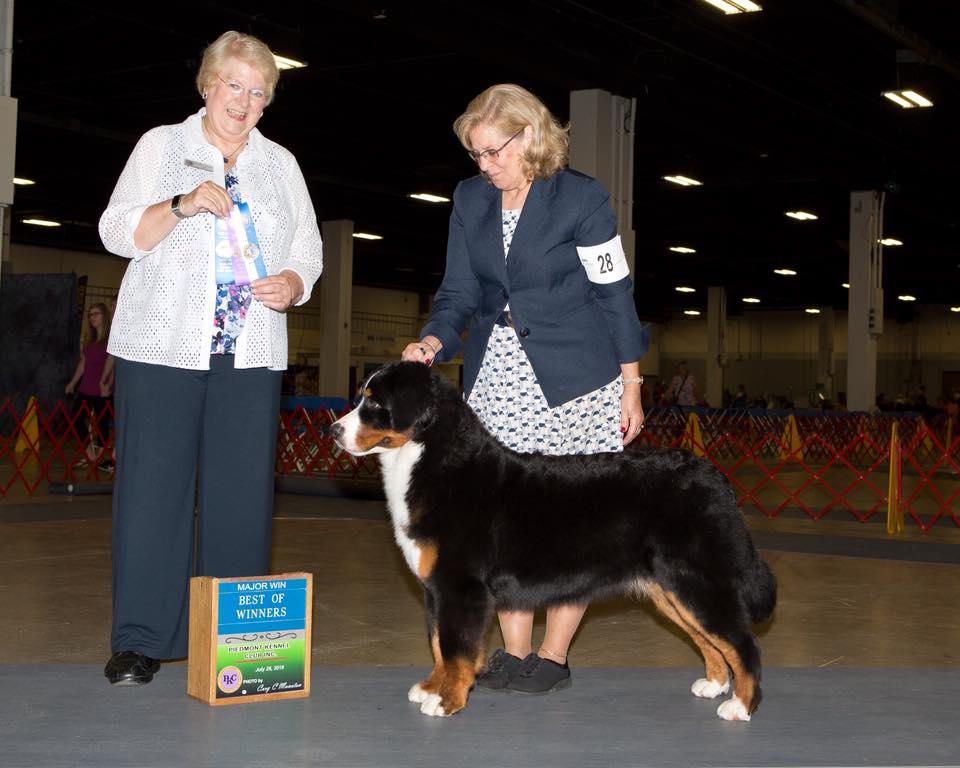 Sunni was awarded Best Puppy In Show on Feb 1, 2018 at an AKC show 4-6 month competition